(An English language report for our English reading NZ readers)

The sounds of the world in the heart of Washington DC

Not far from the Capitol in Washington DC is 600 Maryland Avenue. It is a building that looks as if it could be an insurance company or a brokerage house. Instead, the second floor is home to one of the most prestigious, diverse and important record companies in the United States, if not the world, Smithsonian Folkways.

The label was founded in 1948 by Moses Asch; he wanted to document „people’s music,“ spoken word, instruction, and sounds from around the world. Since Asch initiated this bold idea, Folkways has released more than 2,500 titles. Of these, two-thirds have sold fewer than 100 copies a year and many have sold fewer than 500 copies in total. This label and its thinkers, shapers and supporters, though, have never been in business for big bucks or number one hit singles on the Billboard charts. Folkways is about documenting a rich diversity of music, sounds and historical events in America and around the world.

Once asked how he defines Folkways, Moses Asch answered: “Anything that is sound, from Indonesian folk music to James Joyce reading his own poetry.” Woody Guthrie and Pete Seeger, Angolan freedom songs and Mongolian throat singing, Berkeley teach-ins during the Vietnam era and Bertolt Brecht before the Committee on Un-American Activities, this label’s catalogue is all over the place. Exploring their collection is akin to swimming in a pool of sounds of the 20th century.

Atesh Sonneborn has been with Folkways for 12 years. This is his dream job. An ethnomusicologist, he is still amazed by the richness of Folkways’ archive. A temperature-controlled room is the heart of the label and its vast archive. This room houses the soul of more than 60 years of Folkways Recordings. Much of it is music that is largely unknown today, such as field recordings from the South of the country, and artists such as Lead Belly and Woody Guthrie. Folkways has it all. Atesh Sonneborn just pulls out records and tells little stories about each of the recordings. He himself is sometimes amazed at what can be found. Rows and rows of shelves display reel to reels, cassettes, vinyl, master tapes, and acid tape recordings.

Many of these are extremely fragile. Each time the three times the archive has moved, Sonneborn explains, some of the acetate recordings have broken. Fortunately, today Folkways is a label that offers music of the past with current technology that can maintain or repair it. According to Sonneborn, “The Library of Congress now has a machine that can take the pieces of a broken record and piece it together on a computer, so you can play it again.”

Sonneborn stands in the center of Folkways’ archive to search for German-related recordings. This was never a specific focus, Sonneborn explains; founder Moses Asch focused predominantly on American roots music. The bulk of the Folkways catalog reflects the founder’s interest in American folk songs.

Nevertheless, his musical vision was eclectic and Asch viewed folk music as an expression of the people. Many musical researchers came to him with ideas for albums and, consequently, many different immigrant groups were featured in releases, especially those with strong communities, such as the Irish, Polish and Italian communities.

On the other hand, while Germans have deep roots in America, their shared sense of identity and culture here has been hindered by two world wars and Germany’s role in them. While cultural events and backgrounds are celebrated, they are not always cherished and preserved. Therefore, there is still no specific release of the music of German immigrants to the United States on Folkways.

That notwithstanding, many German-related recordings have made it into Folkways’ archives. Of course there are drinking songs such as, “From the Hofbräuhaus to the Reeperbahn.” There are also German Folk songs, sung by internationally acclaimed artist Martha Schlamme, in a release from 1954, and many albums featuring German songs by Ernst Wolff, who was born in Baden-Baden and had to leave his home country in 1933. Moses Asch, born of Jewish parents in Warsaw , Poland also came to the US after the brutal Nazi reign began. He acknowledged the rich German musical traditions and invited German immigrant performers to present their musical roots on his label.

Atesh Sonneborn pulls another vinyl boxset off of the shelves. Folkways released the works of ethnomusicologists Curt Sachs and Erich von Hornbostel, who developed a system of musical instrument classification. Both musical experts had to flee Nazi-Germany, and now their work is preserved on Smithsonian Folkways. Of great historical value is the release, “The Demonstration Collection of E.M. von Hornbostel and the Berlin Phonogramme-Archive,” a collaboration of several archives from 1962 that brought together music from 120 cylinder copies of wax cylinder recordings.

Together these constitute the collection of Erich Moritz von Hornbostel, which he compiled for the “Phonogramm-Archiv” of the Psychological Institute of the University of Berlin . Up until the Second World War, this was the world’s most famous and comprehensive collection of recordings of folk music, tribal music and Oriental art music. This release is surely not a bestseller and the sound quality is poor compared to today’s standards, but it does have a truly historical value, in terms of the recording technology and its cultural importance.

Dozens and dozens of recordings with a German spin can be found in the archives of Folkways. For example, Eric Bentley recorded the songs of Hanns Eisler and Bertolt Brecht and, therefore, these important songs were re-introduced to an American audience in the turbulent decade of the 60s. German can also be heard on albums such as “Folk Music from Nova Scotia” and “Folksongs of Saskatchewan”.

Over time, Asch’s basic idea for this record label has transformed. He wanted to document the music and sounds around him. Today Smithsonian Folkways has become a label that, without a specific goal or approach, preserves the music and sounds of the past for future generations. All recordings are available to the public and are not hidden away in their archives.

When Moses Asch was looking for a partner or institution to take over the vast collection in the early 1980s, all labels just put him off. They were interested in the jewels of the archive, such as Woody Guthrie, Pete Seeger and Lead Belly; they weren’t, however, interested in releases such as “Early German Ballads, Vol. 1: 1280-1619,” “Bentley on Biermann: Songs and Poems of Wolf Biermann,” and “Pennsylvania Dutch Folk Songs”.

But Asch wanted to make sure that all of Folkways’ archive would remain accessible to the public. One year after Moses Asch’s death in 1986, the Smithsonian Institution Center for Folklife and Cultural Heritage in Washington D.C. acquired Folkways Recordings. An important part of the deal was that all recordings had to be available to the public. Through a grant, the entire collection has been digitalized which makes the idea of accessibility possible.

Whenever a customer orders a release on the website, even if it is the first time, five copies of the album will be printed: one for the customer, one to stay with the label, and three for future customers of the same release. This is not really a money making concept, but a beautiful way to keep the diversity of music and its roots alive. 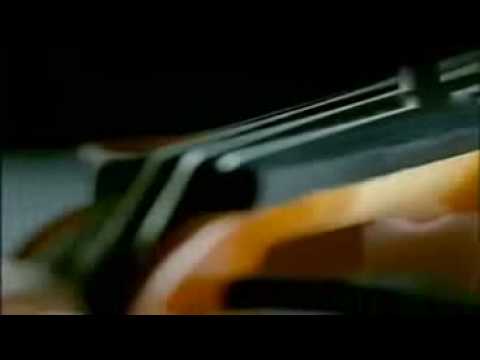